Let us celebrate the cultures of the world 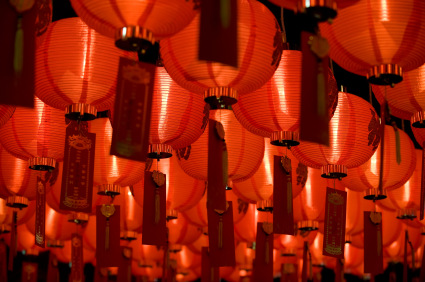 Christmas is the most important celebration in the year for us Germans. But, do you know the equivalent of the Christmas holidays in India, China or Afghanistan? Having a welcoming culture means getting to know the other. It means learning where they come from and what they care about. This idea served ICUnet.AG as an inspiration for the annual Christmas campaign.
In close cooperation with our intercultural consultants, ICUnet.AG created a booklet in which we present ten different countries and their most important feasts. Furthermore, for each festivity we created a special greeting card. Do you know for example why Diwali is also called the festival of lights or when China celebrates New Year? ICUnet.AG invites you to celebrate the cultures of the world.

Light over Darkness: The Diwali Festival
Even though Christmas is a public holiday in India, the Diwali festival is clearly more important for the predominant Hindu population. The festival starts on the fifteenth day of the Hindu month Kartik (end of October or beginning of November) and is celebrated over several days in India as well as in Sri Lanka, Nepal and other countries that are characterized by Hinduism.
The essential element of Diwali are lights which are thought to attract good spirits. For this reason, it is also known as the festival of lights. Traditionally, oil lamps so called diya lamps adorn the streets of the country. In rather rural regions, many houses are illuminated exclusively with oil lamps. The core message of the festival is the victory of light over darkness, good over evil and the recognizing of own strengths. Days before the festival, fireworks and crackers are let off and the actual day of the holiday reminds of New Year’s Eve in Germany.

Red lantern guide happiness in China
In China, Christmas plays a subordinate role and is not traditionally celebrated in society as a major portion of the population is Buddhist. The most important traditional event of the year is The most important traditional celebration each year is the Chinese New Year. In contrast to most other countries, it isn’t celebrated on January 1, but rather on the new moon between January 21 and February 21.  Last year, many Chinese were wary of the Year of the Goat, as tradition says that people who are born during that year are unhappy.
2016 is the Year of the (Fire) Monkey. People born during this year are said to be self-confident, intelligent and curious. They are also considered linguistically talented and outgoing. To celebrate the New Year, colorful fireworks are set off at midnight and red envelopes with money are given to children and young unmarried couples. The festival concludes on the 15th day of the new year with the Lantern Festival. During this festival, intricate red lanterns decorate China’s streets to attract luck and to scare off evil spirits.
??D AL-FITR – a sweet fest in muslim countries
The festival for breaking the fast, or ?d al-Fitr, is a Muslim festival that directly follows Ramadan, the month of fasting. It takes place in the first two to four days of the following month. Since many sweets are passed out during these festivities, it is also known as the Sugar Feast.
The three-day festival begins with the men gathering for prayer at the mosque on the morning of the first day, followed by a sermon.  During this time, the women prepare breakfast. When the family is back together, everyone exchanges festive greetings. The younger family members kiss the hands of the older family members and the children receive candy and money as gifts. Afterwards, visits are made to family and friends.
Every house has traditional sweets that are distributed to the children and guests. Before the festival, children receive new outfits which they wear during these celebrations.